👋 We are nearing project capacity for 2022. Reach out soon to reserve your spot! 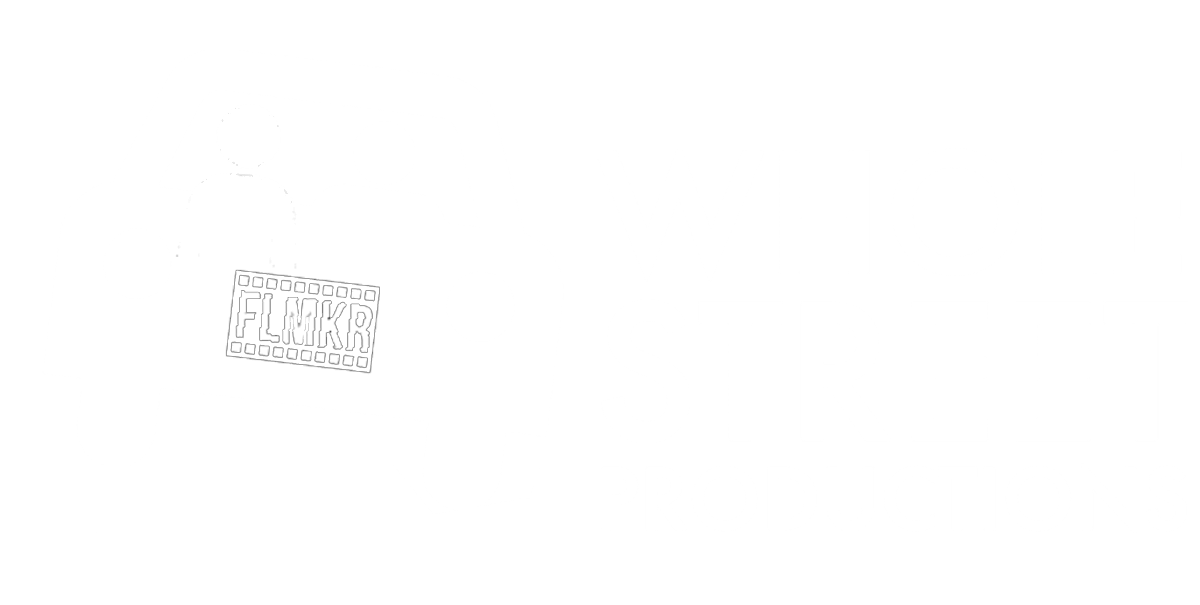 You’ve decided to pull the trigger. After seeing countless ads promoting your competition, your FOMO has taken over and you determine that it’s finally time for you to invest in a commercial for your own brand. You’re excited and anxious to get started! One question, though…how much does one of these things cost?

This is a common question and, frankly, it’s impossible to answer without gathering more information. First of all, we must remember that not only does the commercial cost money to be produced, but then you must also pay for people to actually see it. Then, you must decide on the scope of the project: Will your commercial have special effects? Do you plan on casting actors or are you leaning towards animation? Do you want slick, high-end production or are you willing to take a DIY approach?

Pricing can range dramatically, and to properly quote a commercial, we must first learn your objectives and concept for the project. With video production, there are many hidden costs that you may not think about or even know to exist. Let’s break it down.

The most important question is what kind of commercial you are interested in. Are you looking to produce a 30 second national TV commercial or a 1:30 brand film for your website? The difference could literally be millions of dollars.

If you are aiming for the reach of broadcast television, you’re going to be paying, first, for the airtime. This could be tens of thousands of dollars, in itself. Television advertising is priced on a cost-per-thousand (CPM) basis, which equates to what you pay to have your ad seen by 1,000 people. This CPM varies from location to location and can be quite high in places like New York and Los Angeles ($27.16 and $34.75, according to Adage).

In addition, you may need to abide by broadcast standards like using an approved camera and editing for a time slot. Whereas, if you’re producing a video for online promotion, there’s no limitation but your own creativity and resources. The argument can even be made that the value for online commercials is far higher than TV promotion for the simple fact that you can tailor a larger audience for less than what you’d pay for airtime.

If you do decide to go the broadcast television route, there are the options of local TV and national broadcast. Local, or regional, will be substantially cheaper. Especially, if you are ok with airing the spot during late night or early morning hours. You won’t get the same amount of viewership as a prime-time slot but If you have brick and mortar stores, located in a central area, this might be all you need. You can expect to pay a minimum of $5 per 1000 viewers in the local market.

However, if you sell online or plan on expanding to locations across the country, you may find it necessary to pony up some cash for nationally televised commercials. Depending on the length of run, time slot, and other factors, you could be looking at 100k for airtime which can go as high as 5 million dollars for a 30-second spot during the Super Bowl.

If you sit down and study 10 minutes of televised commercials, you’ll start to notice many hidden costs that you probably haven’t even thought about. From visual effects to voice-overs to graphic design elements or even royalties for stock footage and music. You’ll even need to cover craft services such as providing meals for your crew.

You can see why these costs begin to add up and what it truly takes to bring a 30-second commercial to life.

In recent years, technological advancements have made high-end production gear, more affordable. These cheaper cameras, lighting, and sound have opened the doors to incredible possibilities for creatives in the commercial realm. What used to cost upwards of 100 thousand dollars, might only be a fraction of that price. Production companies have grown smaller and more efficient with the help of new technology.

However, you’re still paying for experience and knowledge, so just because your cousin has the newest iPhone, doesn’t mean it’s the best solution for your project. There is a reason why professional video production costs so much. The mix of technical and creative skills involved in commercial production is very demanding and with the rise of video-related content, it’s in demand now, more than ever.

When people think of a commercial, they usually go to something that stuck with them enough (positively or negatively) to at least research the product or service. In fact, according to a study, nearly 30 percent of Super Bowl viewers tune in specifically for the commercials. These creative ads are great fodder for water-cooler chats and it’s usually the most unique and daring spots that gain the most word of mouth.

With social media becoming such a powerful tool for eCommerce, many brands are turning to these platforms to advertise their products and services. This shift has stretched advertising budgets and made it possible for small businesses to reach an audience that seemed previously unobtainable.

Talented filmmakers can produce high-quality, creative, eye-catching 10-15 second pre-roll ads for Youtube, Instagram, Facebook, and more, using no more than a green screen and a couple of lights. If you can utilize some creativity and you know your target audience, this might be the best avenue for those who want to make sure they get value out of a smaller budget.

it also should be noted that it is much easier to make changes to a 30-second ad on social media than it is a television commercial. Once you buy the airtime and agree to the term, you’re pretty much stuck with what you’ve got. However, if you find that a social media ad isn’t providing you with the right return on investment, simply swap it out for another version. This allows for testing between ads and reduced financial waste.

Smaller businesses that are located in a central area may find it more efficient to create a longer brand film to live on their website and tell their story. This simple approach can act as a sort of sales team and potentially save advertising costs by succinctly explaining what their company is about and why you should choose them. It’s much different than creative, narrative commercials you’ll see on TV, but it is an extremely effective approach.

With the advances in cameras and gear, your budget stretches much farther than it used to. However, you are still paying for experience and labor, and a good crew will cost you.

You might only need a single-day production with a small crew of 3-4 people. This could range from $1000 to 5-6k. Compared to production costs even a decade ago, this is highway robbery. If you find an upstart production company, trying to make a name for themselves, you could get a steal.

A crew of up to 10 people and a complete HD camera package and lighting/grip truck can range between $10,000 and $50,000. This is where you start to separate from smaller social media-focused advertisements and hit the low-end of TV productions.

Multiple production days that include crews up to 10 or more, consisting of acclaimed Directors and Cinematographers, high-end equipment, known actors, production design aka sets and props, animation or VFX work, and extensive post-production can range between $50,000 into the millions. In fact, some of the most expensive commercials of all time were upwards of 10 million dollars or more.

We’ve talked about the length of commercials being a wide range. You may think that a 30-second commercial will always be cheaper than a 60-second spot. However, this isn’t a good barometer of cost. It’s wiser to break down the original concept to get a better idea of the final price.

By now, you should see why it’s not such a straightforward answer to the question of how much commercial production will cost you. Countless variables go into video production of any kind and it’s up to you to hone your vision.

You must first define what is the best solution for you. Broadcast television or social media marketing, 10-15 second product ad, or 30-second narrative piece.

Be sure to calculate all hidden costs that will go into making your concept a reality. Is your concept laden with visual effects or are you going for a more simplistic approach?

What is your concept? Is it something you’ll need a large crew and actors to achieve? Or can it be done with a skeleton crew, inside a small studio?

The price range of commercial production is vast and until you can determine the answers to these questions, you may find yourself stuck in the weeds.

Check out all of our commercial projects at https://www.wholestreetproductions.com 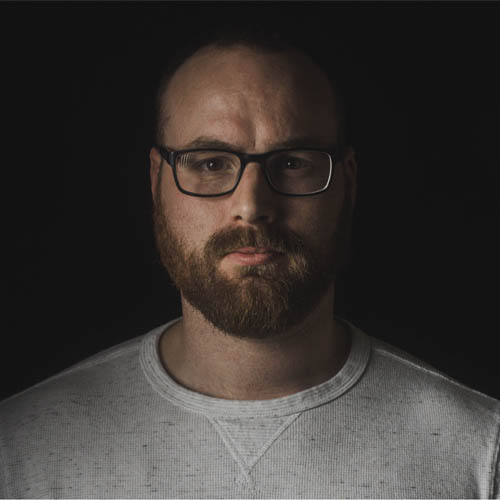 Behind the Scenes: A Look at Our Commercial Production Process

Tips to Nail Your Video Production for Marketing

5 Types of Media Content to Help Build Your Brand

Things That are Unique to #TeamWholeStreet

Should You Hire a Wedding Videographer? 5 Reasons Why

How Whole Street Got Their Start

Erica and Chase’s Wedding at The Marriott Grand St. Louis

Haley and Carl’s St. Louis Wedding at The Stifel Theatre

How to Plan a Successful Video Shoot

The Benefits of Video Marketing: Why You Should Start Today

Behind the Scenes: A Look at Our Commercial Production Process

Tips to Nail Your Video Production for Marketing

5 Types of Media Content to Help Build Your Brand

Things That are Unique to #TeamWholeStreet

Should You Hire a Wedding Videographer? 5 Reasons Why

How Whole Street Got Their Start

Erica and Chase’s Wedding at The Marriott Grand St. Louis

Haley and Carl’s St. Louis Wedding at The Stifel Theatre

How to Plan a Successful Video Shoot

The Benefits of Video Marketing: Why You Should Start Today